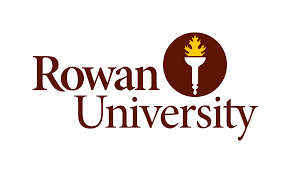 Reflection on the Digital Researcher Internship 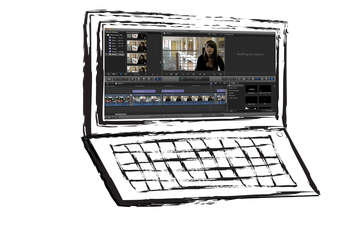 In the spring of 2013 during my writing, research, and technologies class, Dr. Kopp approached me about interning as a digital researcher for the writing arts department. I was automatically excited about the opportunity but also a bit nervous about the workload since I was taking five courses in Fall 2013 and I had become the layout editor for a publication, Hey Marlene, on campus as well as elected president of the Gay-Straight Alliance on campus.  I knew what a great opportunity this would be though and decided I would accept the offer.

About a week before classes started up in September Dr. Kopp, John McCormick, and I had a meeting at the local Barnes and Nobel in order to discuss the internship and our schedules for the fall semester. Unfortunately Kristen Leason was unable to attend this meeting but we were able to communicate with her via email in order to plan that we would meet every Tuesday throughout the semester in order to discuss our goals, review our work, and plan our next steps for the internship. During our first official meeting, we discussed our goals for the semester and decided we would work on and finish the website that had been made the previous semester, finish the writing center video that had also been started the previous semester, and create a new video either on the writing arts department or one of the specialization within the writing arts program and possibly start a new video for the next semester.

While we did not get a chance to finish the second video or start a third, we were able to create a completely new website, thanks to John, a new Prezi, done primarily by Kristen, finish the writing center video, and conduct five good interviews for the writing arts video with four students within the writing arts major and one professor within the major. I ended up learning a great deal about filming, such as taking lighting, background noises, and background views into account while filming. I also learned that you should always make sure the interviewee feels comfortable so they then look confortable and natural on camera. I learned a great deal about video editing as well, such as how to properly and effectively use B-roll and how to match audio throughout a video. Before the internship, I had primarily used iMovie for my video editing and had only dabbled in using Final Cut Pro; now I use Final Cut Pro for about 95% of the video editing I do. I learned how simple it is to add B-roll, edit audio, and add text to a video by looking up videos and tips on Google and by playing with the program in my spare time and now feel much more confident with my editing skills. 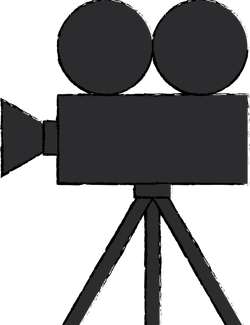 While I was able to accomplish a great deal during the internship, I also learned a great deal about my own personal weaknesses. I realized I would always sit back and go with the flow of a group rather than voice my opinion or bring up ideas I may have. During the internship I was asked for my own ideas and opinions and realized that what I say can be helpful and important.

While I found everything I learned within the internship to be useful, I didn’t realize just how useful not only to my education at Rowan but also to my future career till an interview we conducted with Devon Razey. In her interview, Devon discussed how much the writing arts major at Rowan had helped her, even before she graduated college. She had already had numerous internships, including with the popular magazine, Marie Claire. After the interview, John, Kristen, and I talked to Devon about her internships as well as how she made herself so marketable. After I went home later that day I created a logo for myself as well as business cards, revamped both my creative and traditional resumes, made a professional YouTube account, a Google+ account, did a complete overhaul of my Twitter and my website, ashleighlaier.weebly.com, and started looking into different domains I could buy in order to market myself.

The interview with Devon made me realize just how marketable the internship had made me. Before the internship, I had little to no experience with interviewing, Final Cut Pro, or working with a team on projects outside of the classroom. I have come to realize that an interview isn’t just a series of questions thrown at a subject with the hopes of some decent answers but instead is a conversation that should be used in order to capture the essence of who the subject is in order to show or tell your audience more about the topic or focus of your video, article, or story. Being the somewhat quiet person I am, this internship really broke me out of my shell. I have found myself bringing up ideas more not only in class, but also in other aspects of my life such as in Hey Marlene meetings or with the Gay-Straight Alliance. I have full confidence in working in a team, and I have become extremely confident with using Final Cut Pro, my new favorite tool besides Adobe InDesign and Adobe Illustrator that I can use within my major as well as my future career path.

By the end of the internship I truly realized how important the work we were doing was. While I always knew what we were doing between the videos, the Prezi, and the website would be helpful to incoming freshman, transfer students, or students new to the major, I didn’t realize how helpful it could be to students who had been in the writing arts major for numerous years. As a student who is graduating soon, I was able to learn a great deal about different options I have when I graduate as well as ways the writing arts major has prepared me for a career with writing, whether it be writing the ingredients list on shampoo, the author of the next great novel, or the person who runs Marvel’s Twitter, I feel that the writing arts major has prepared each and every one of it’s students.

Overall I feel that this internship has helped me more than a number of the courses I have taken within my college career. I was not only able to learn a great deal about the writing arts program at Rowan University, but I learned how to use many tools useful to my preferred future profession, the various and vast opportunities there are after graduating with a writing arts degree, I have learned that my opinions and ideas are not only important but useful, especially when working with a team of professionals and peers, and I have become a more marketable individual. The internship has given me more confidence in not only my degree but in my future career, whatever or wherever that may be.